(Competition Entry) In conjunction with the existing period buildings, the proposal forms one ensemble and creates a gateway into the new courtyard. This gesture is emphasized by the overhang of the upper floors of the new music and adult education center. The marketplace is the centerpiece of this development. The proposed small shops along Geiselberg Street appear stall-like and semi-permanent due to their transparency and tent-like roof structure. They are a modern interpretation of the character of a traditional marketplace.

The main entrance to the building is off the courtyard while there are additional entrances from both side streets. A focal point in the entrance foyer is the reception desk situated close to the main stair and lift. Incorporated into the foyer is a café that has outside seating in the courtyard. A near-seamless transition from interior to exterior is created by large French doors which can be opened fully.

The ground floor of the cultural center houses the main public rooms such as the concert hall, which can be opened towards the courtyard. Secondary rooms serving the concert hall are adjacent to the hall and are simply divided off by movable acoustic partitions.

The public library is also situated on the ground floor. There is a visual connection to the entrance foyer by means of full-height glazing. The library extends further to the first floor to create a close relationship with the adult education department. The administration of both music school and adult education is combined to encourage interaction.

The shape of the roof allows taller ceiling heights for the dance studio on the 3rd floor while at the same time maximizing daylight. The colorful façade is based on the Weltbild of Schönberg’s music sequence. It emphasizes the playful character of the cultural center and the marketplace.

This project was developed by the members of E&E Architects. 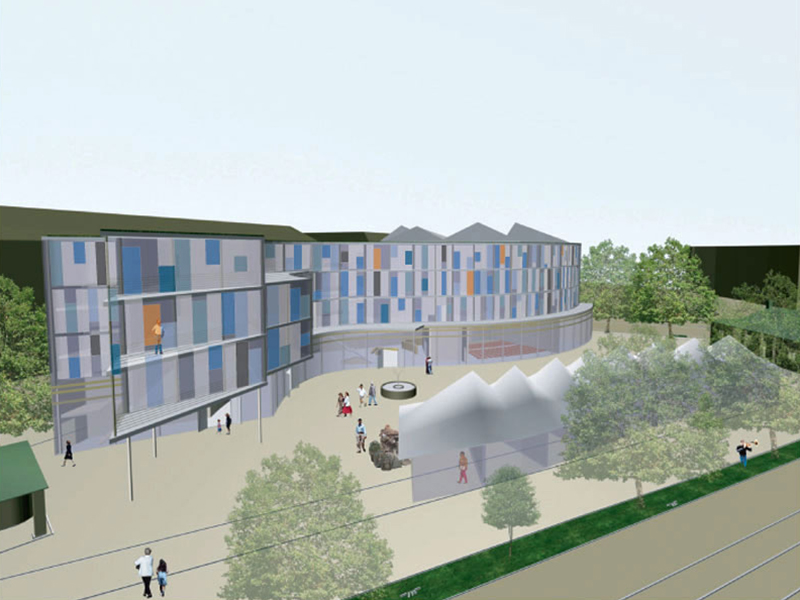 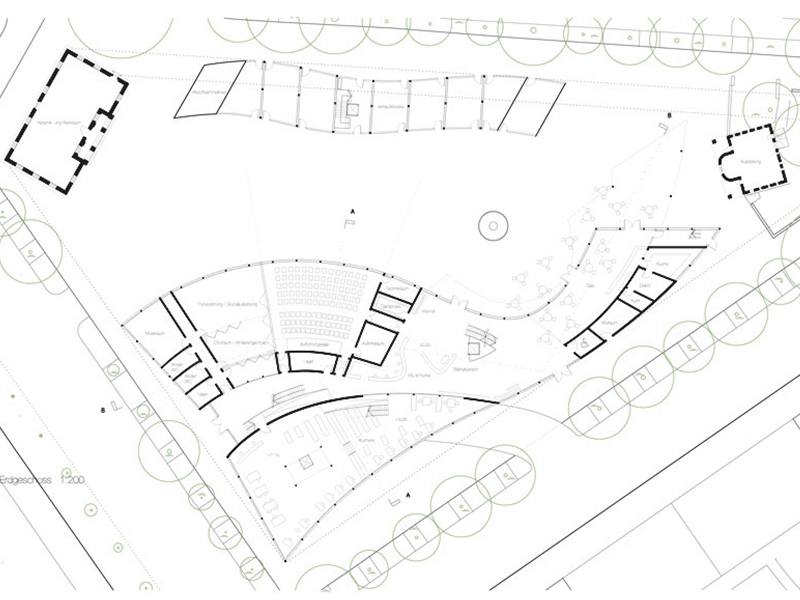 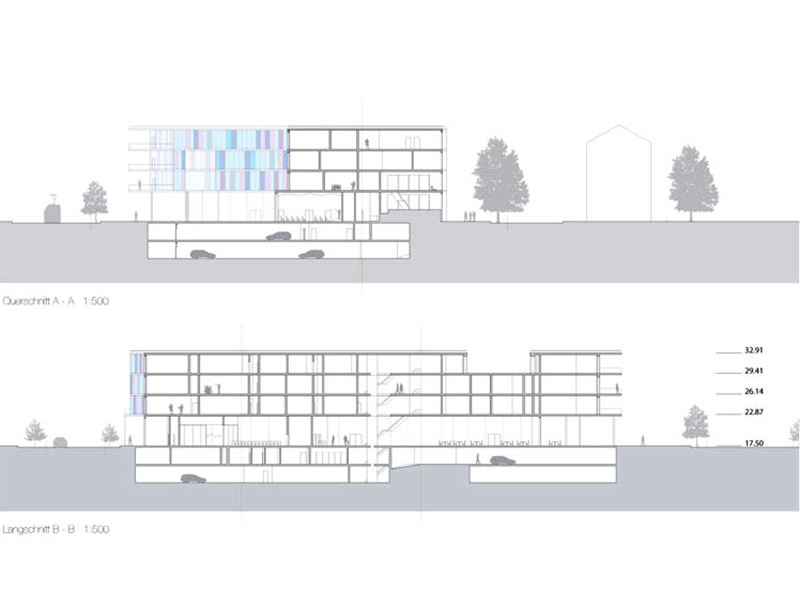